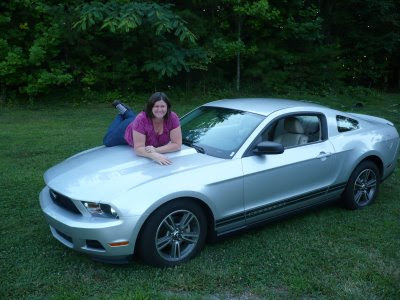 Hey, that's not the regular farmer? Where did this guy come from? 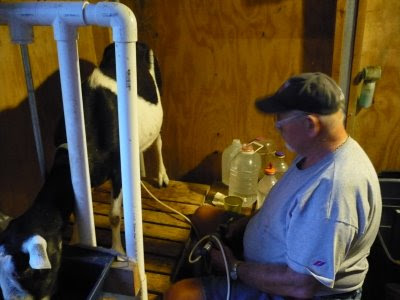 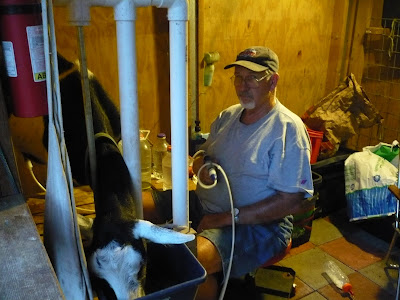 Summer is flying by! 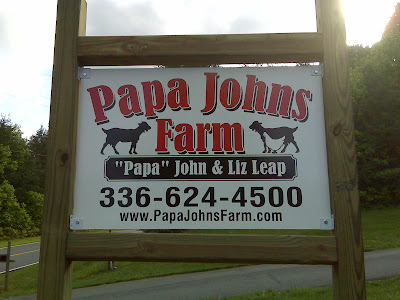 We've been trying to keep up with farm chores, gardening, and the house with limited success. Seems like laundry and dirty dishes multiply and I am always behind and this weekend I decided I must blog and tell you all what we have been up to on the farm. The first item of newsworthyness is a couple of new additions to the farm. We've got a couple of new barn cats. Spike on the left and Ike on the right. Spike was adopted from a friend of mine, and he's an awesome cat. He is pure white and had one blue eye and one green eye. He spends the day playing in the milk parlor and lying on the warm stones in front of the barn. The other little guy, another white cat with grey patches is Ike. Ike came from our favorite dairy farm, and also spends his day playing in the milk parlor. He loves to hang around during milking time, looking forward to that little bowl of warm goats milk. 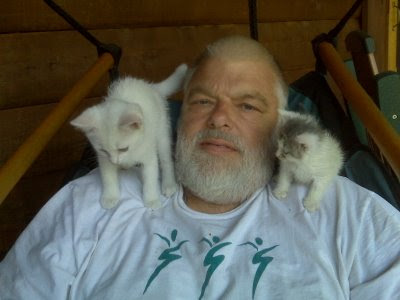 These pictures are not very good, but you can see here John is enjoying a ride with one of his favorite farm hands. She on a Pasofino (sp?) and he on a Tennessee Walker. 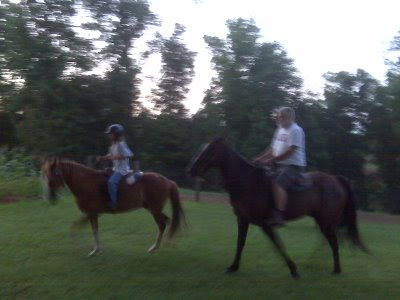 He got the hang of it pretty quickly and seemed comfortable in the saddle. 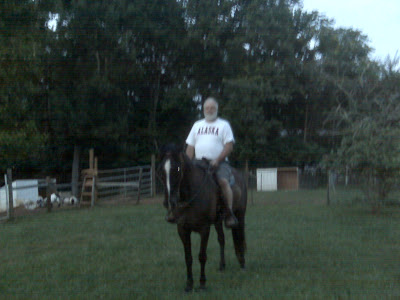 While John was horsing around, I picked blueberries. We are enjoying blueberry cobbler!
Posted by FarmGirl No comments: