Sledding and other snowy fun....

Well, nobody could go anywhere today. So we played at home. 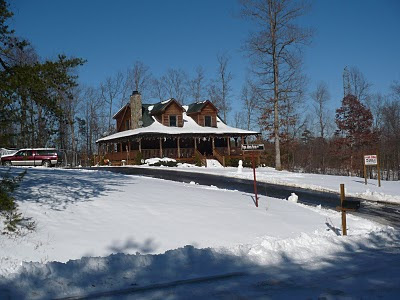 Went out this morning to a clear blue sky and crispy dry snow. Got all the animals fed, and made a couple of snow angels. Had a lot of trouble making angels inside the fence. Every time I dropped back, Daisy had to come see what I was doing. One time she snuck up and gave me a big doggy kiss. What I ended up with was a bunch of snow angels with dog prints running across them. 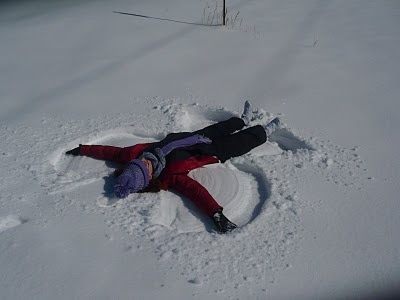 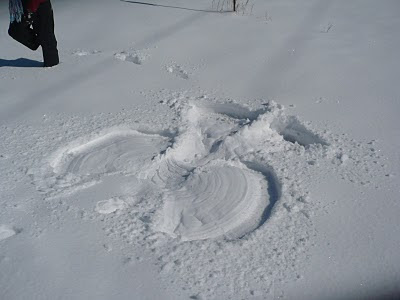 The kids tried to get to work, but had to turn around and come back home. Most of the roads were covered by ice. They never made it off Tuttle Road - not worth the risk.

Got back in the house and the kids grabbed my snow pants and went out to play. 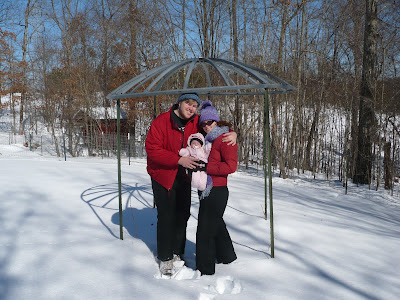 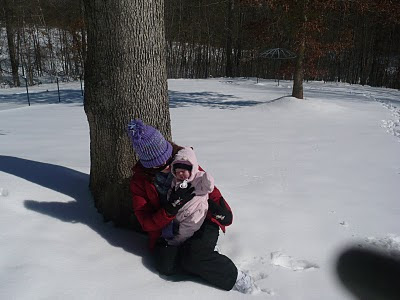 Little Holly got all dressed up in her pink snowsuit and went out too.

It was around that time I realized that the snow started sticking together and Andy and I had a little snowball fight. Then I decided I had to build a snow-woman. 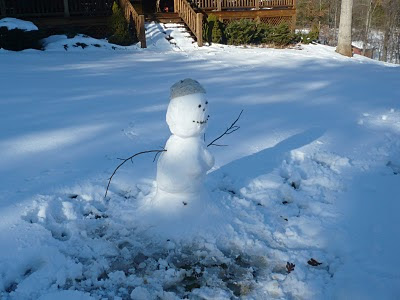 The tractor plow came back and made another try, but was having a lot of trouble on the incline. He ended up only plowing one side of the street.That ended up being ok for us, 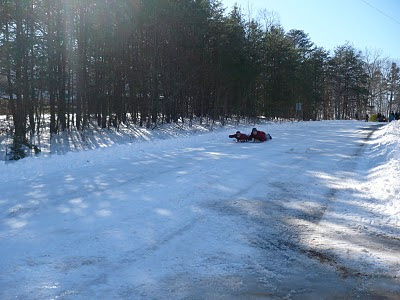 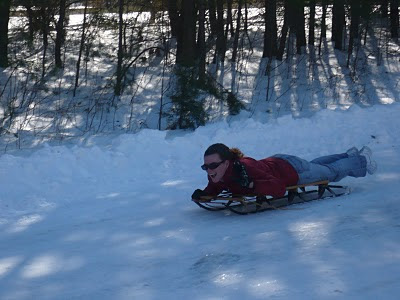 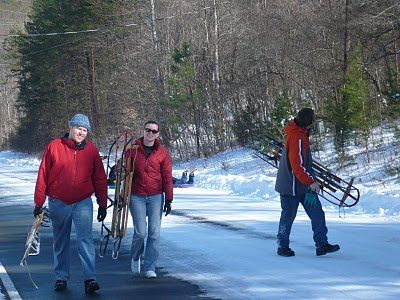 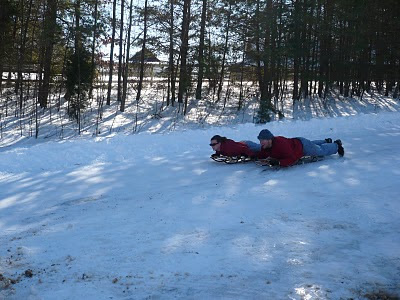 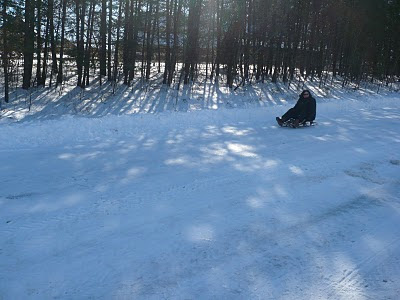 because then we spent the rest of the afternoon sledding down the hill. Papa John even got out the tractor and monster cart and gave us rides back up the hill. I played outside until my toes were tingling.
Posted by FarmGirl