This day did not go as planned....

First, got up this morning to find that Sadie went down sometime during the night.  Went out right away and started hooking her up to the hoist. 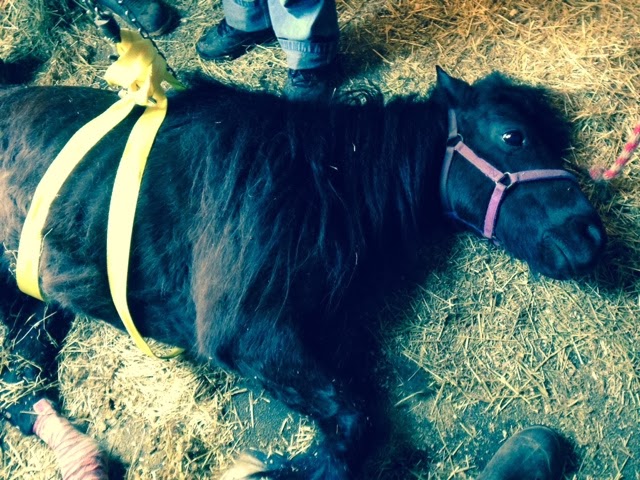 John and Andy and I got her up 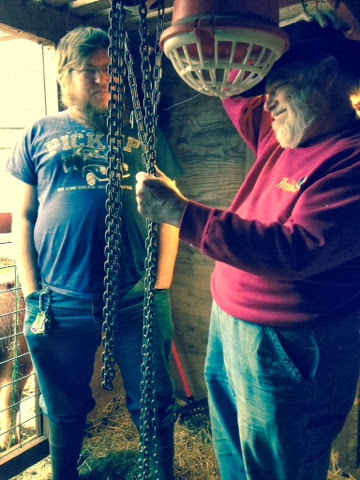 None the worse for wear. I suspect she was trying to remove her splint, and lost her balance. 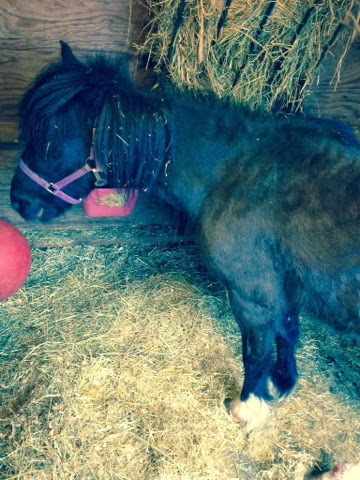 Once she was up she sucked down half a bucket of water, and ate her morning grain.  We took the splint off to let it get some air.  I gave her some pro ios to combat bloat and get her munching on hay. 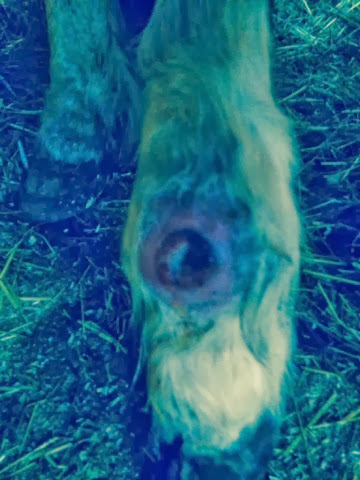 Checked the wound later and it is closing up, so we will let it air for 24 hours. May put the splint back on and try to leave the wound exposed tomorrow.
Then it rained most of the day so they could not start the roof, maybe tomorrow, no more rain is expected.
We had little guy all afternoon, he took a nap with Papa, and then we had hamburgers, baked beans, and applesauce for dinner.
Then off to do chores! 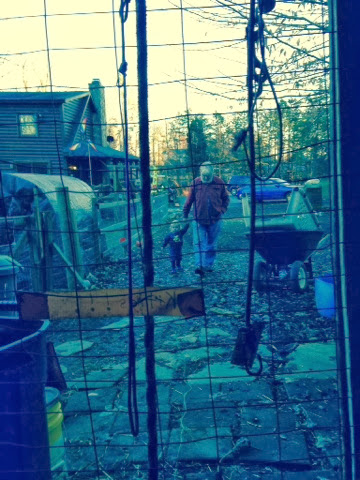 This is Papa's farm buddy. 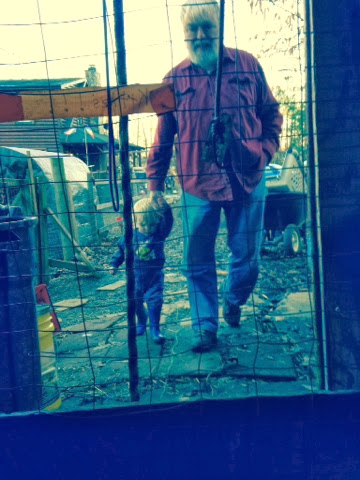